How New Technologies are Impacting Your Business

Although the sphere of business remained pretty much the same in the past century, we can all agree that this is never going to be the case again. Year in and year out the world of technology is developing at great speeds and allowing business owners to evolve together with the times. Let’s take a look at all of the ways in which businesses have been affected.

Mobility has been greatly affected by the evolution in technology for the past number of years. This has been proven by the fact that Google has updated their algorithm to make websites that have mobile friendly sites rank higher up on the ranking system.

No matter how big your business, large big or small, many companies have decided to make their operation to third party servers for internet connectivity. Not only does this allow for variable data packages, but also for quick and on demand expansion and mobility.

Technology has enabled easier ways of staying in touch with our colleagues, whether interstate or internationally. No longer is it necessary for workers to have to come into the office physically to communicate feedback or tasks.

Software is really playing a dominant role in how competitors challenge each other in their respective industries. Software has no manufacturing costs, is easily distributable and used on millions of devices as well as being updated regularly to ensure optimal performance. This is all topped off by the fact that developed companies can take advantage of this new paradigm as easily as startups. 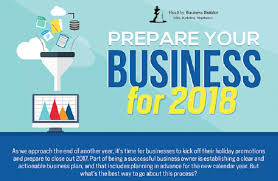